Catholic and the City

My journey into entrepreneurship

The balance between tradition and modernity

Midnight in Paris is the latest Woody Allen’s film blah blah released in 2011. Twentyeleven you say? I know. I haven’t seen it at the cinema when it came out.
I have three choices when coming to see films on the big screen:
*Go alone
*Go with the pedantic aunt that is totally like Paul in Midnight in Paris and maybe even worse
*Don’t go

Even now that I finally-f*ing-flive-falone (OK, this joke was rubbish, it’s not even the Farfallino alphabet because that would make Fifinafally-fufuckifing-lifivefe-afalofonefe) and very far from that small dot on Google Maps across two countries where you can easily see Liam Gallagher on holiday, and I can leave Pedantic Paul aunt home, I don’t usually go the cinema as I have no one to go with. Basically it’s about the fact the one person I think would be too busy analysing the film in real time to say a word never invites me, and anyway even if I can avoid the one asking me who the actor is and what else has he done all the time even if then she acts as a know-it-all (Pedantic Paul aunt), I cannot avoid the crowd. And it’s highly improbable the crowd will be made of Dalì, Man Ray and Buñuel.
That would make an interesting experience in spite of not being a silent crowd. Somehow I think that Adrien Brody’s (God bless him!) portrayal of Dalì made him even look like a normal person compared to what is said of him. Well, the rhinoceros thing is not what most people would define normal, OK.
However, I didn’t mean it to be a late review. The fact is I was faced with two aspects of myself.
And that Tom Hiddleston ruined every man’s possibilities to enter my private sphere more than Dan Stevens the day he signed his contract for Downton Abbey. Ok, maybe not every man. There are still a certain actor, a talent agent and Liam Neeson.
Doesn’t this look like one of those jokes about the French the German and the Italian? An actor, a talent agent and Liam Neeson enter into a pub… 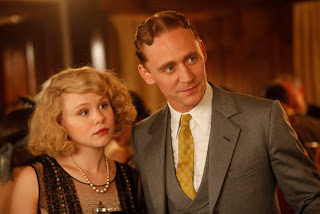 Yesterday, during the film, I tweeted about how I felt Adriana was just like me. In the end, she has this sad, thoughtful lightness (it’s not a contradiction, if you think it is you clearly never experienced that) in the way she faces her life’s events in the attempt to follow her dream. There is a strange fascination about that, and this makes somehow an ideal muse for an artist. There’s something naive in the way this kind of people love.
However, the blond hair and novel-in-progress are not the only two things I have in common with Gil.
As someone said that already, I will report his own words.

The movie pulls the majority of its entertainment value from watching Gil have fun with his 20th century artistic heroes (the rest of it comes from Michael Sheen’s performance), but it also has a thoughtful exploration at its core about artistic creation, inspiration, and criticism. There’s a couple of simple observations like how the people who inspired us to be creative can inspire us to lead better lives through their art, and how nostalgia always makes people think an earlier time was better (Gil even remakes on the latter, “I’m having an insight! It’s a minor one…”), but the idea I found most interesting was about the relationship between the critic and the creator.

You can find the rest of the well done and thought-provoking discussion on the film here.
Sometimes I just forget about how my life is more like the map of the tube than a direct flight, and see myself always in the female character struggling with her love life and how in spite of her strength in any other field (Adriana moved from Bordeaux to study couture with Coco Chanel, this is not what a weak woman does) has this unbelievable ability to get heartbroken and act like it doesn’t matter. I almost force myself to feel connected to a female character (let’s cut out the almost…).
Truth is, I learnt Gil’s lesson while he learnt it. I thought I was Adriana, but I wouldn’t stay in my Golden Age. I would fear it became my present, and this way lost its power to make me a better person and a better artist. I think the good thing about having a Golden Age or two, if you don’t have a TARDIS, is precisely that you can just imagine them to be perfect.

Organising Your Finances When Living in a Capital City

Why I don’t go to Pride…

This site uses Akismet to reduce spam. Learn how your comment data is processed.

I'm a historian, interior stylist, political junkie and manquée professional comedian. Never to be seen in society without my standard Ray-ban Wayfarers, rose-gold iPhone and ash blonde Chelsea blow dry. Just about no longer the most (in)eligible Catholic bachelorette, with a love of fine wines, Jane Austen and all things beautiful. Mistaken by my own mother for Amy Pond from Doctor Who.

Keep up to date

Dig into the archive

Things I talk about